Several scientific studies reveal how enjoying the beauty of nature, has a healing effect on people, by reducing stress and anxiety, and stimulating positive feelings 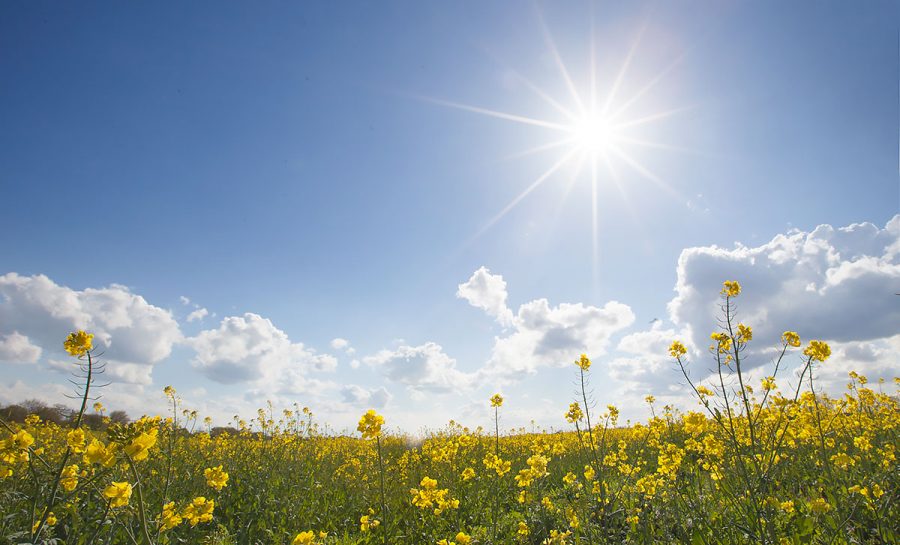 To find out what factors might explain this, they collected information on doctor-diagnosed depression and antidepressant medication. Improved mental health, measured through lower levels of depression, was estimated to explain nearly 30 percent of the benefit from living around green spaces. 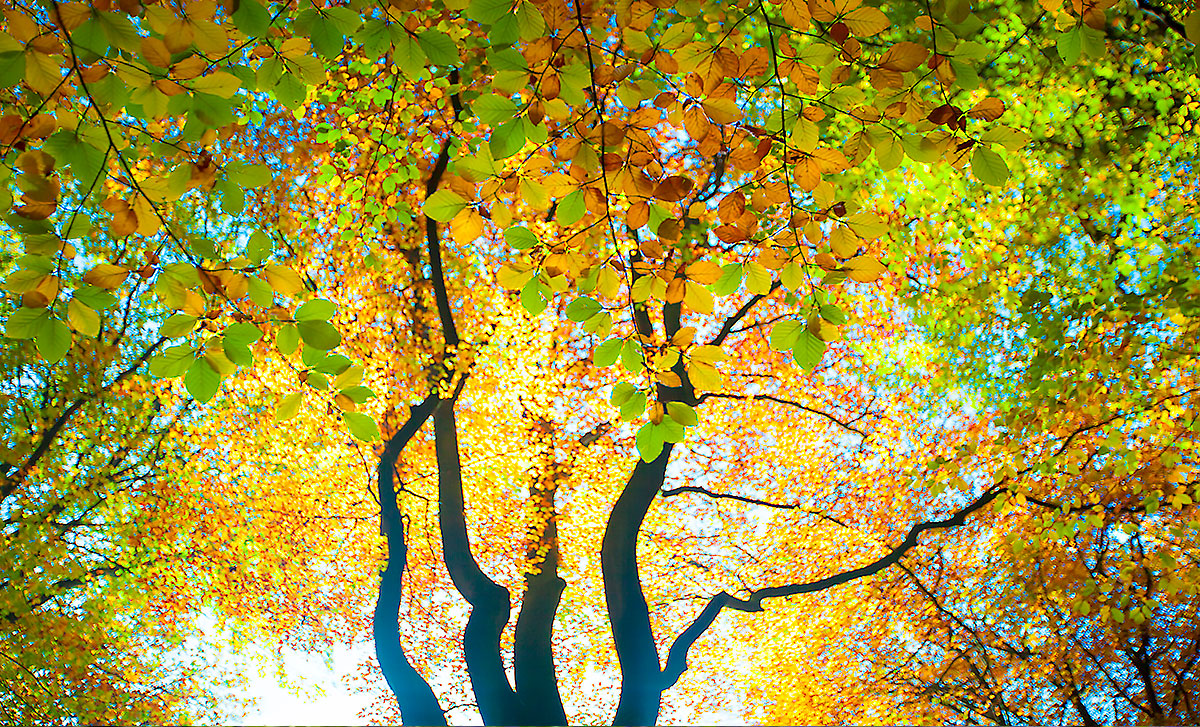 “We weren’t expecting the magnitude [of the results],” says Peter. Their results show that Wilson’s theory of “biophilia” is true: “That there’s a direct cognitive benefit and restorative quality of being in nature.”

Peter is quick to point out this isn’t just about moving to the countryside. With 84 percent of people in the United States living in urban areas, the study suggests that small things like more trees in the street and more parks in urban areas can have a significant benefit for health. 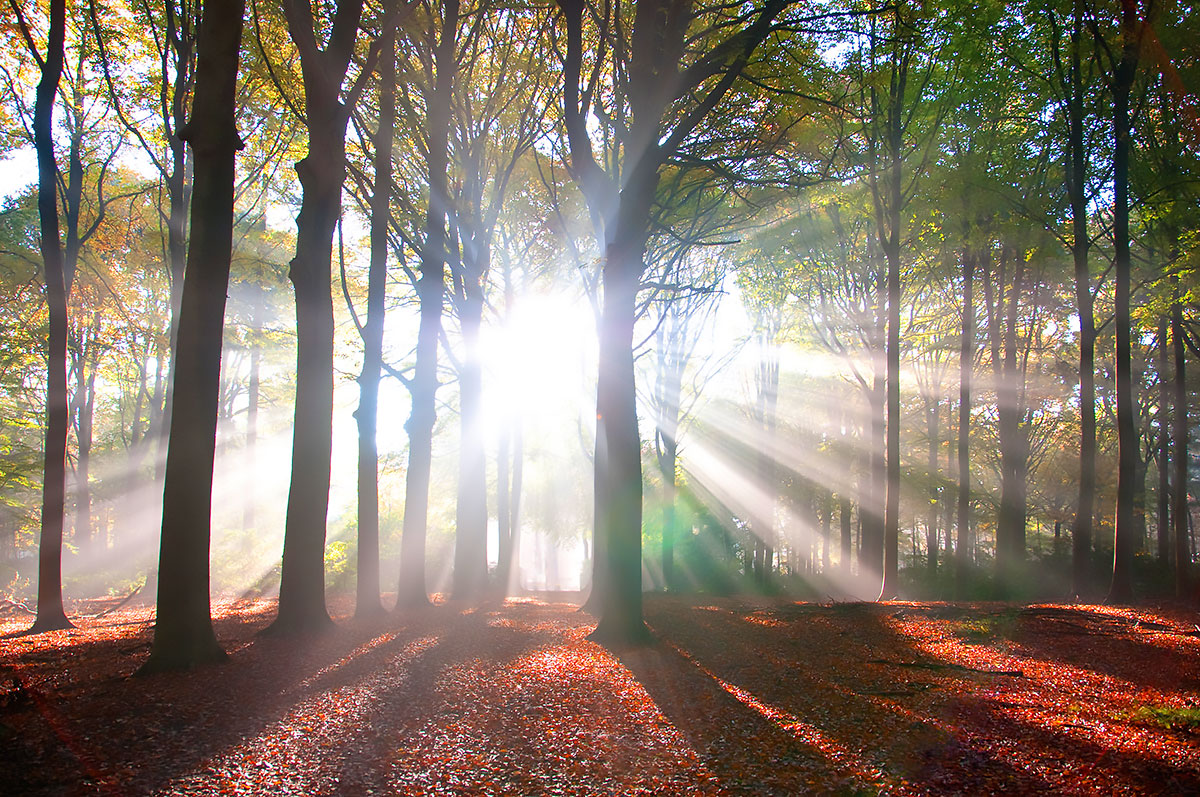 I’m a nature junkie and that’s definitely something I can relate to. I’m obsessed with a pear tree that’s framed by my bedroom window, where I often work. At the moment, in spring, it’s foaming with cream flowers and bright Kermit-green leaves. Last year, my neighbor put scaffolding up that blocked my view of it. I was surprised – and a bit weirded out – by how much it not being there every day affected my mood.

In another reputable study, the authors had this to say about the positive influence of enjoying the beauty of nature:

“Dose responses for both intensity and duration showed large benefits from short engagements in green exercise, and then diminishing but still positive returns. Every green environment improved both self-esteem and mood; the presence of water generated greater effects. Both men and women had similar improvements in self-esteem after green exercise, though men showed a difference for mood. Age groups: for self-esteem, the greatest change was in the youngest, with diminishing effects with age; for mood, the least change was in the young and old. The mentally ill had one of the greatest self-esteem improvements. This study confirms that the environment provides an important health service.” 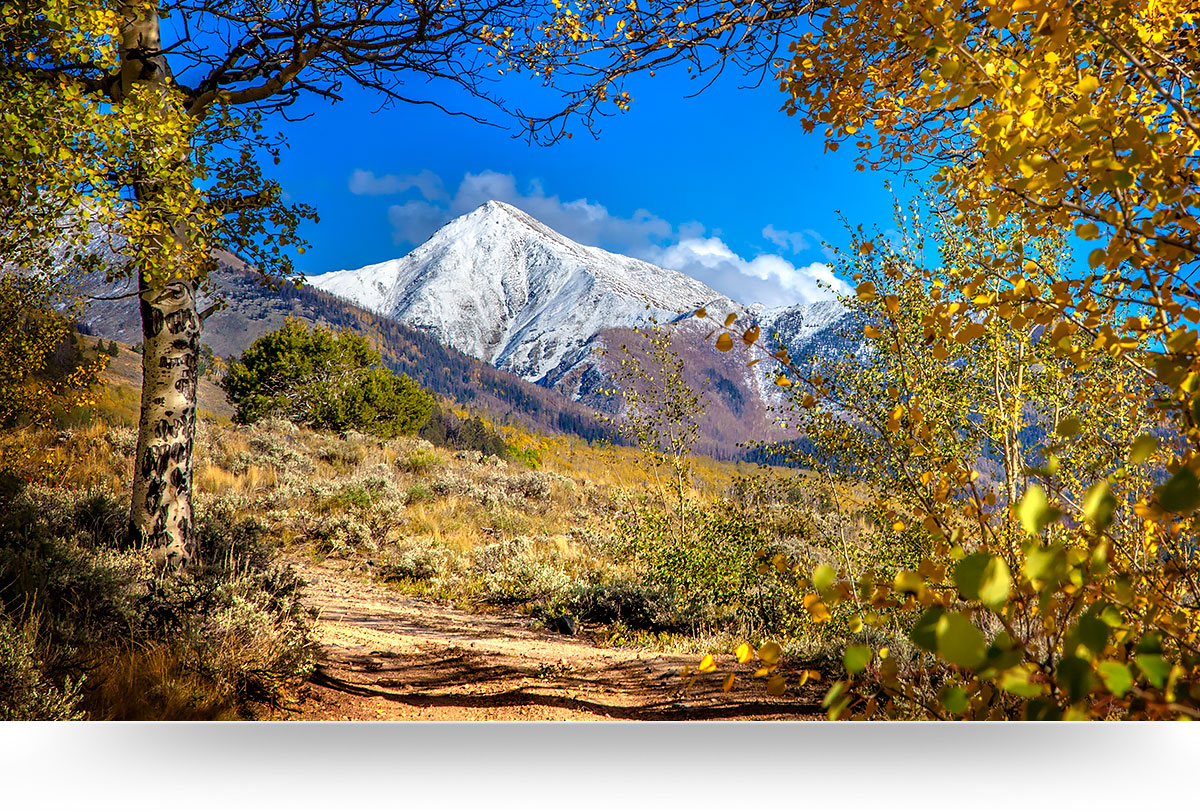 In another study, the researchers stated: “A randomized crossover study explored whether viewing different scenes prior to a stressor altered autonomic function during the recovery from the stressor. The two scenes were (a) nature (composed of trees, grass, fields) or (b) built (composed of man-made, urban scenes lacking natural characteristics) environments. Autonomic function was assessed using noninvasive techniques of heart rate variability; in particular, time domain analyses evaluated parasympathetic activity, using root-mean-square of successive differences (RMSSD).

During stress, secondary cardiovascular markers (heart rate, systolic and diastolic blood pressure) showed significant increases from baseline which did not differ between the two viewing conditions. Parasympathetic activity, however, was significantly higher in recovery following the stressor in the viewing scenes of nature condition compared to viewing scenes depicting built environments (RMSSD; 50.0 ± 31.3 vs 34.8 ± 14.8 ms).

The secondary aim was to examine autonomic function during viewing of the two scenes. Standard deviation of R-R intervals (SDRR), as change from baseline, during the first 5 min of viewing nature scenes was greater than during built scenes. Overall, this suggests that nature can elicit improvements in the recovery process following a stressor.

According to other scientists such as public health researchers Stamatakis and Mitchell, “Being in nature, or even viewing scenes of nature, reduces anger, fear, and stress and increases pleasant feelings.

“Exposure to nature not only makes you feel better emotionally, it contributes to your physical well being, reducing blood pressure, heart rate, muscle tension, and the production of stress hormones. It may even reduce mortality.”

Nature photographer and artist David Sorensen experienced this firsthand, when he was suffering a burn out. Spending many hours in nature every day greatly contributed to his healing process. It impacted him so profoundly, that David decided to start selling his very best nature photography as wall decor, to help other people experience the same wonderful healing effect of nature. Not everybody is able to spend hours in nature every day, but we can all enjoy the glory of nature in our living room, or office, thanks to beautiful landscape wall art. 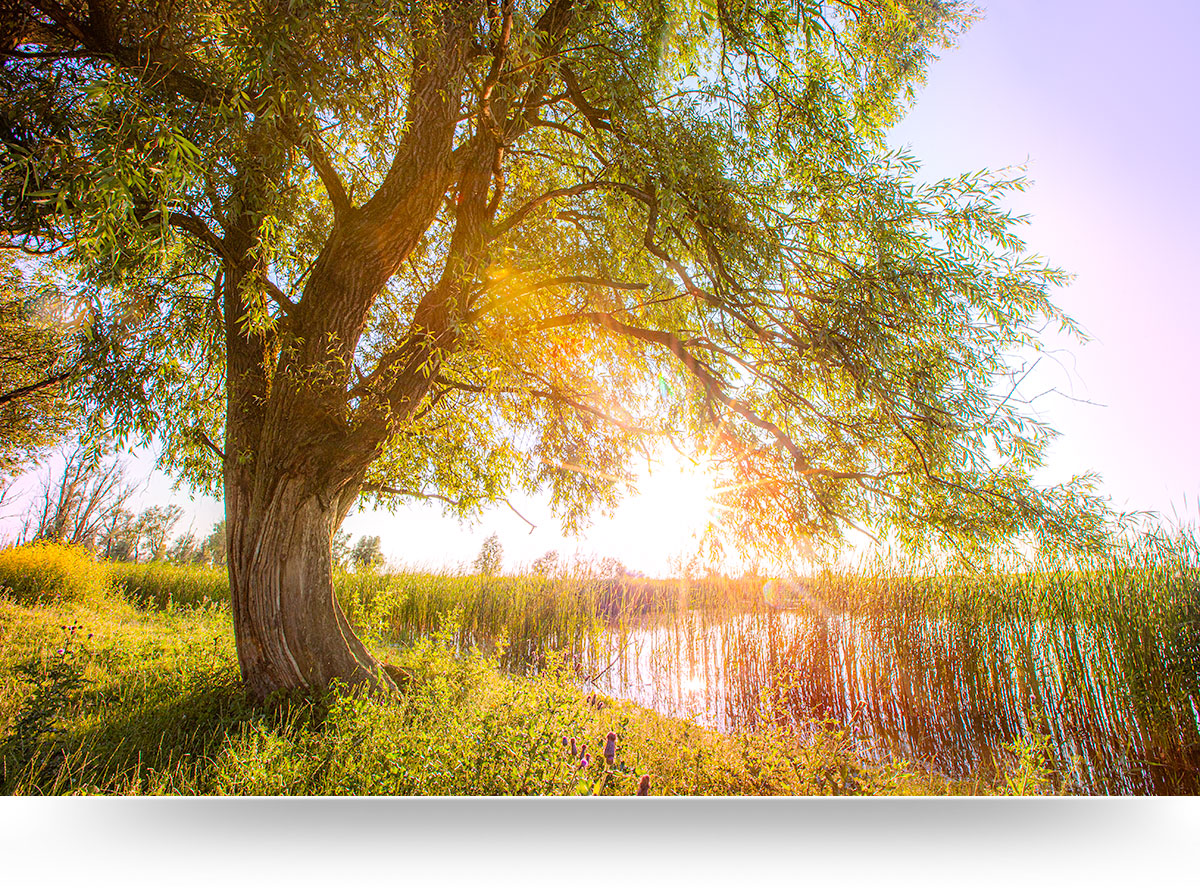 After months fruitlessly searching for a job after graduation, Cheryl was losing confidence in herself. Seeing she was depressed, her parents gifted her with two weeks of wilderness training. Cheryl returned a new person. Of her experience, she said, “I learned the depth of my strength and how much I could accomplish. My courage surprised me…Being surrounded by nature reminded me to keep the Big Picture in mind not only during my wilderness experience, but also when I returned home. Life is in front of me and I have lots of options.”

That is a perfect example of how experiencing the outdoors has a very positive, even transformative, effect on people. 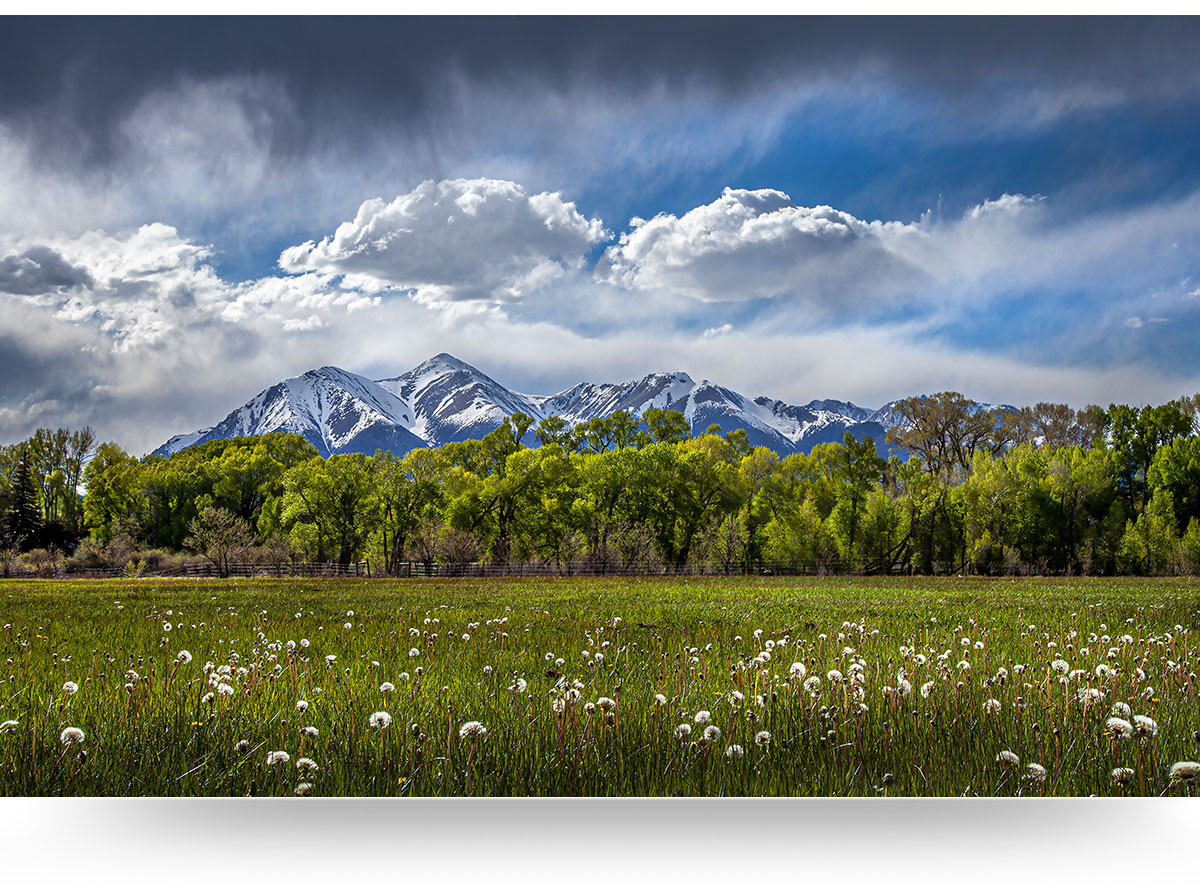 Terry was suffering from one of the most powerful bouts of depression in his life. His therapist chose an unconventional treatment and sent Terry to his farm, located several miles outside city limits. It was winter, and Terry noticed the way the wind slapped him in the face when he got out of his truck. Snow covered the flat land as far as the horizon line. Terry’s boots sank into the snow as he walked. He settled beside a frozen pond and noticed that the sensory input from his surroundings—the frigid wind, the blinding snow—had distracted him from his own depressed mental chatter.

Sitting next to the pond, he began to think about what lay underneath the ice. The fish and frogs and larvae that normally thrived under the water were all sleeping, he realized. As the snow began to fall on his own body, he realized that he was not separate from the sleeping animals and organisms below the surface of the pond. “I realized that my depression is like the snow,” he said. “It covers everything in me, and it’s like my heart has gone to sleep…but I’m not dead inside. I’m resting.” 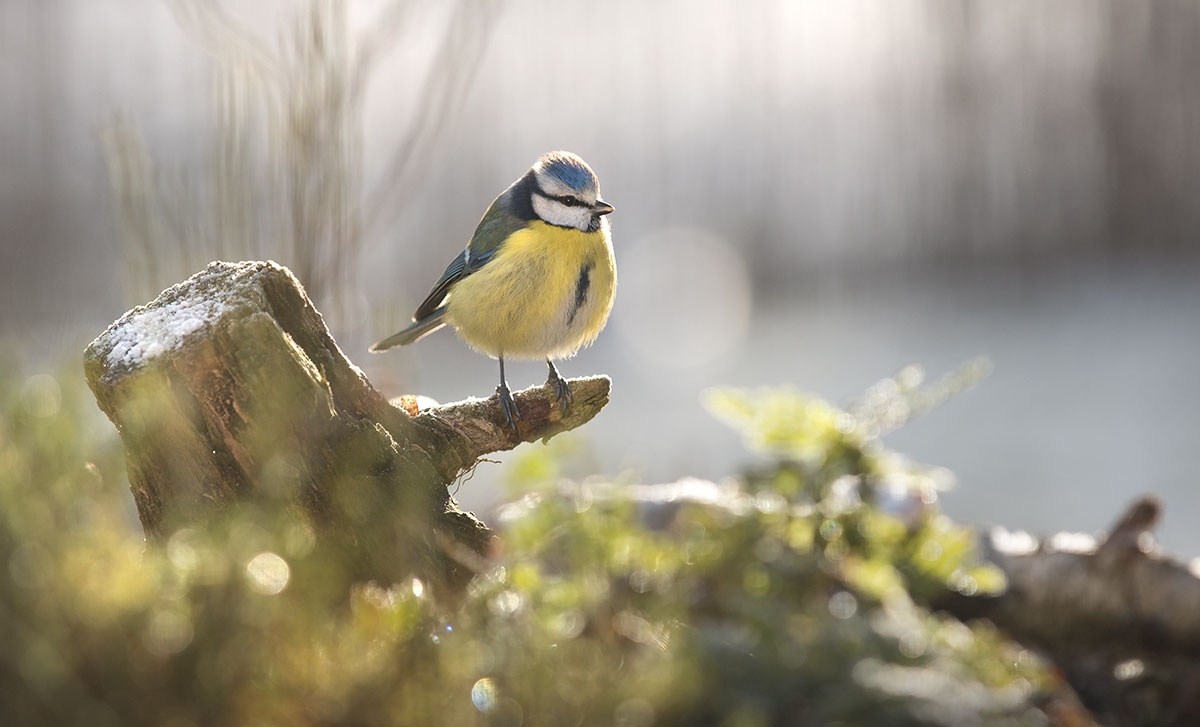 At fifty, James was beginning to feel the effects of working sixty hours a week, rarely exercising, and eating lunch at his desk. He was overweight, had high blood pressure, and always felt tired. On the advice of his doctor, James began a green exercise program with a local community group that walked through the countryside on Saturdays.

James was awed by the natural display of the trees and the quiet hum of wildlife along the hiking trails. The group gradually began jogging and rock climbing. Within a few months, James’s blood pressure had decreased, he had lost several pounds, and he had more energy.

“Just by spending time outdoors each week I felt rejuvenated and relaxed when I came into the office on Monday,” he said.

Stories adapted from The Healing Earth and Nature-Guided Therapy.